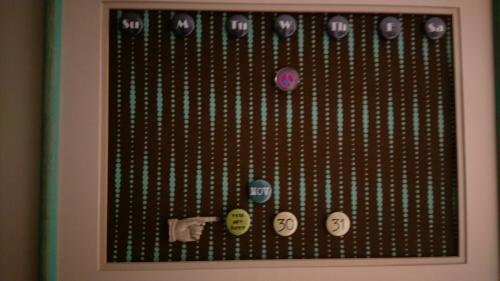 The holiday weekend is over, and I’m still so grateful. Since I don’t watch television I’m blissfully unaware of the death tolls surrounding Black Friday.  I saved much money by refraining from shopping. Instead, I stayed home and thoroughly enjoyed my kids for several days. I got such an infusion of all that I have to be grateful for that it’s enough to last until Christmas.

I told Laurel I had started this journal post several times and set it aside. I’m not feeling inspired and the writing is boring me. She gave me permission to do a bullet list for this one.

The number of drugs entering this story is getting unruly. The addition late this afternoon is a pink liquid (allegedly cherry flavored), to be taken two teaspoons at a time, four times per day. Further, it’s to be taken on an empty stomach, one hour before a meal and two or three hours after a meal.  I’ll have to start this one tomorrow because I first have to build a spreadsheet and set up alarms on my phone that tell me when to take which medicine and when to eat. And I haven’t figured out where the beer fits into the schedule…….

Thank you for seeing me through radiation. I’m told the effects (both good and bad) will continue to develop for several more weeks. Though I haven’t seen much reduction in the pain in my back, it’s possible the radiation will still have that effect. If it doesn’t, there are several alternatives standing by.

Not much November remains…..

I believe that “we are all one”. I believe there is no such thing as “supernatural”, only “natural”. I believe I’m always telling the truth, but not the whole truth.